The city of Carcasonne is a World Heritage site, a well preserved/restored medieval castle and keep perched above a river in southern Languedoc.  The castle was originally built to protect villagers, merchants and serfs from raiders who plagued the Mediterranean coast from Africa, but later the attackers included Charlemagne, who laid siege to the town for months, and after that crusaders led by (later St.) Louis IX of France against the Cathars  (AKA Albigensians), who had been labeled as heretics by the pope.  Tolerance has not been much of a feature of Christianity in historic times, it seems.

Carcasonne was in ruins after centuries of decay, when an Victorian- era architect/achaeologist who had been involved in the restoration of Notre Dame in Paris took an interest in restoring the city.  His first proposal was modest, aiming to restore only a portion of the site, but public response was so positive that he aimed higher and took on the whole site.  The result is amazing. Two fortified walls circle the city, there is a tournament ground for jousting and swordplay, the old lord’s castle is almost intact, and at the same time there is a thriving village of 200 households living within the keep, mostly occupied in tending to the thousands of tourists who flock here in the summer. 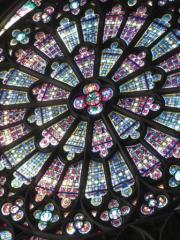 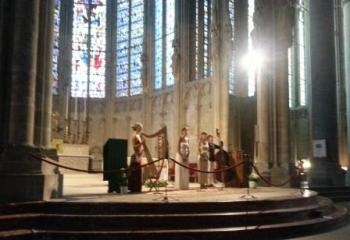 We arrived noonish after a lovely drive through Languedoc’s vineyards.  After a quick lunch we started on the castle tour/ battlement walk.  There was fascinating history in every room and great views from every arrow slot and murder hole.  Then we ventured into the church, with its gothic rose window, and caught a concert of traditional Provençal ballads sung by two white- clad ethereal women accompanied by a harpist and base player.  The plaintive plainsong- style music echoed amazingly in the old church. 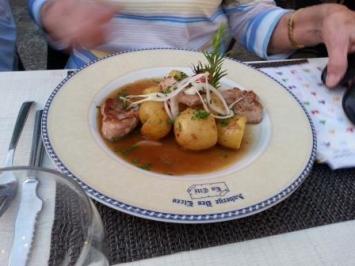 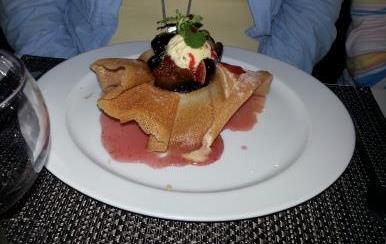 We dined in an open patio at a restaurant recommended by one of the travel writers admired by both Winifred and Dianne, the Auberge de Lice.  We agreed that we had each enjoyed the best meal ever for 80 euros – three delectable courses beautifully presented  divided among four people, and an excellent bottle of local red wine. After dinner we walked along the exterior battlements, lit at intervals by recessed lights with the effect of torches.  As we walked back to our hotel across the 13th century bridge, the castle shone golden behind us.  It was magical. 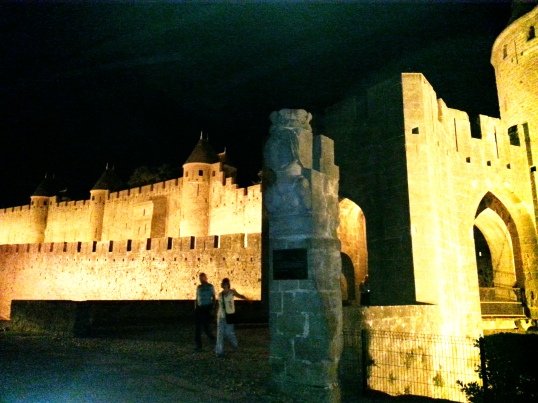