Archive for the tag “Bus travel” 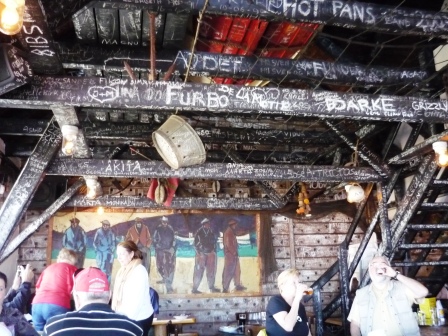 Danish beer and kippers in Bornholm

Years ago my husband spent his summers as a bus tour guide, sometimes heading up an expedition of seniors going from New York to San Francisco.  His problem was – what do you talk about after Chicago until you get to the Rockies?  He emcee’d a number of trivia contests, draw-the-buffalo contests, sing-a-longs – anything to make the hours pass as they cruised through the open blank spaces of South Dakota and Iowa and Nebraska.

The challenge for our Baltic cruise planner was similar – on one end you have St. Petersburg – the Paris of the Baltic, glittering with history, palaces, and art.  On the other end is Copenhagen – home of the Tivoli Gardens , the historic inspiration for Disneyland.  But in between?  Once you have spent a day in Helsinki and a day in Stockholm, then what?

Our cruise planners did the best they could.  Ronne (Denmark’s laid-back resort island)  provides at least an excuse for parking the boat for awhile, and at best a real sense of what life might be like out of the urban tourist centers.  On Ronne  it would be possible to rent a bicycle and see the land from an inhabitant’s perspective.  From a bus, the experience was like flipping through postcards – stop here at the unusual round church… 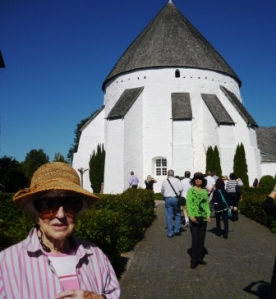 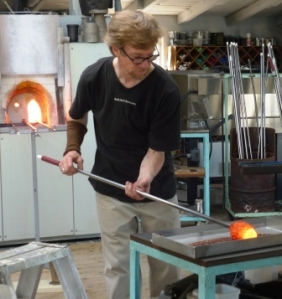 ….stop there are the American expatriate glass-blower’s studio,

….have lunch at the Danish deli for kippers, open-face sandwiches and Danish beer (see above)……  Other than these brief emergences, we were in the tourist bubble at all times.

Still, I must not under-value the emergences.  I saw wild-flowers blooming against the seawall, smelled grass drying in the sun, ate a kipper, felt the sun’s heat radiating from the cobbles on a warm day – these will stay with me. 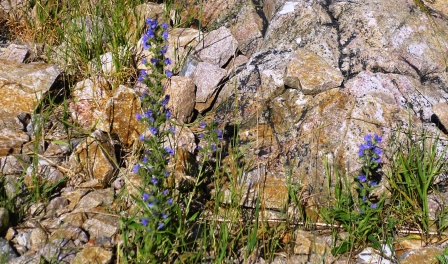 Wildflowers in the sun at Ronne