That’s not really its name  – on the map it is merely State Route 46, the connector road between Bakersfield and Palo Robles.  But for people of a certain age, it will always be the road on which the first of the Moody Rebels met his untimely end, driving his Porsche Spyder nicknamed “Little Bastard” a bit too fast on his way to a car race in Monterey.

The ghost of James Dean still hovers over the road, though the CA Highway Dept has done its best to broaden the lanes, smooth out the curves, and improve visibility at the fateful intersection where Cal Poly student Donald Turnupseed, partly blinded by the morning sun from teh east, turned left across Dean’s path.  The roadside stand where Dean stopped for an apple and a coke , formerly known as Blackwell’s Corner, has done its best to convert its celebrity into cash, rechristening itself as “James Dean’s Last Stop” and adding a candy counter, burger bar, and amazingly modern and clean restrooms to its offerings for passers-by.  A towering figure of Dean in his red windbreaker dominates the intersection, and a  vast souvenir shop sells posters of Dean, as well as of other movie icons like Gable, Monroe, and Bogart.  Placards lining the wall chronicle Dean’s brief career and the investigation into his demise (Turnupseed, only slightly injured in the crash, was exonerated from blame, though stories of Dean’s excess mph over the limit appear to have been exaggerated.)

But there is a hint of plaintiveness in the air.  Placards announce “Restrooms for CUSTOMERS only”.  Another, even more direct, reminds us to “Help us keep this historic business open for your comfort and convenience.  Your purchases fund these restrooms!”  Indeed, these are the first comfort stations for miles, but it is clear that the days of Dean devotees making pilgrimages to the site of Dean’s doom are numbered.  How many more generations will remember James Dean? 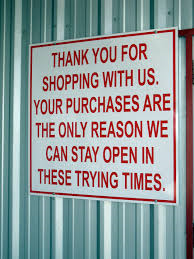 Further down the road is a sign directing the traveler to the “James Dean Memorial”, which turns out to be a plaque just up from the fatal intersection.  The Jack Ranch Cafe here is  a classic diner with a shelf of souvenirs for sale and lots of James Dean photos on the walls. The memorial itself was crafted by a Japanese admirer, and erected on land donated by the Hearst family.    But I wonder how long it will be until James Dean is a name as devoid of resonance as Donna Mauzy, Donald Doyle, Sgt. Daniel Sakai,  and others whose names are memorialized along our highways?  Who, besides his close family and friends, remembers what was Daniel Sakai’s last stop?