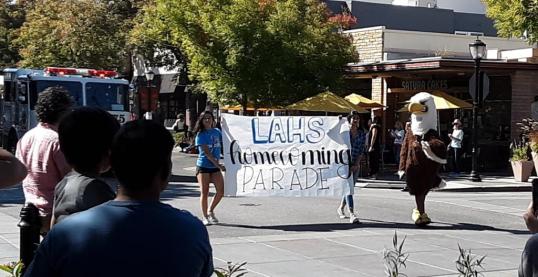 Homecoming Parade – Now and Then

My spouse and I biked up to our downtown in mid-October to watch the High School Homecoming Parade. 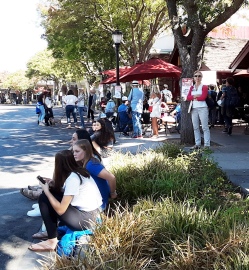 Main Street had been blocked off between State Street and First Street.  Both sides of the street was lined with people, some who had brought chairs for better viewing.  Many of the spectators wore T-shirts with the “HOCO” Home coming Logo, overlying a large candy-swirl sucker honoring the Candyland parade theme. There was a lively mix of parents, grandparents, younger siblings, and fellow students of the marchers. Lots of hugs were being exchanged.

Here they came!  First a couple of motorcycle policemen, then one of the  Fire Department ‘s white trucks, lights flashing. Then the parade proper, led by the high school’s eagle mascot. with the 20 members of the Homecoming Court riding in sports cars or on the back seat of antique convertibles in mixed or same-sex couples. 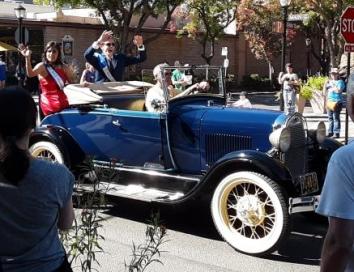 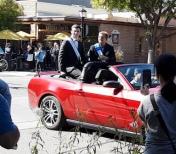 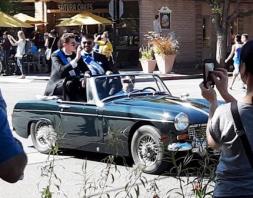 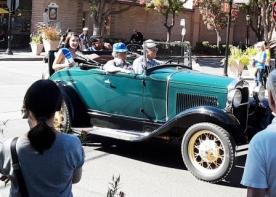 In between the members of the court marched delegations of the different Fall sports teams –football leading the way in  T-shirts and sweatshirts, followed by Field Hockey, Water Polo, Girls Volleyball, Tennis, Cross Country, Culinary Arts, Golf, Basketball, and FUTSAL (a kind of combination of football and soccer, a young bystander explained to me.) 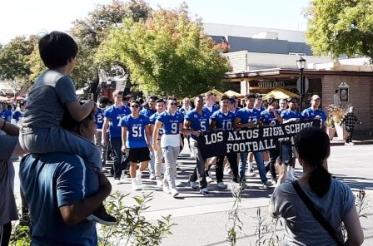 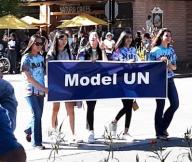 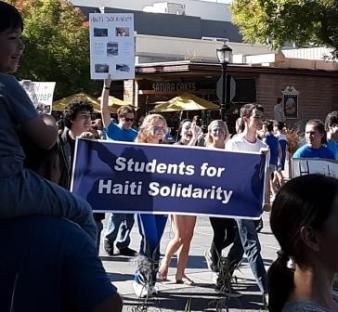 Each class had put together a float in honor of the parade theme – there was a candy house built of giant Necco wafers, a gingerbread house, a forest of lollipops surrounding a giant green M&M, and a giant gumball machine  (the gumballs were balloons.) 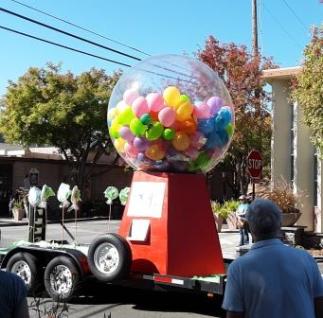 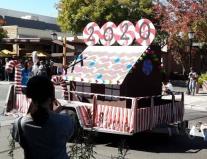 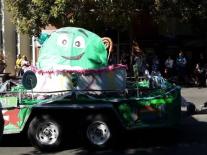 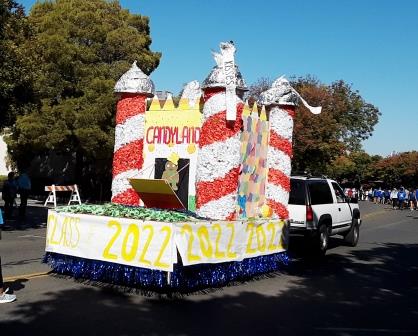 The band did not wear T-shirts and jeans or leggings. They were dressed in double-breasted  woolen uniforms despite the warm October weather, with military shakos and caps.  The spirit squad marched in blue skirts and white blouses, ready to sit together in the rooting section, where white shirts or blouses were required dress.

I couldn’t help looking back to the  High School Homecoming Parade during my graduate year some decades ago.  At that time the Homecoming Court consisted of six girls nominated by the class, escorted by the young man of their choice.  There was no such thing as a Homecoming King. The Queen nominees were all Caucasian.  That was no wonder, as our high school at that time had zero African American Students, and almost no Asian or Latino students. 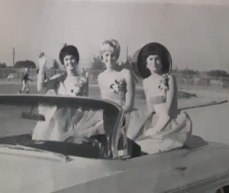 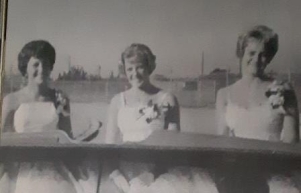 The band did not wear T-shirts and jeans or leggings. They were dressed in double-breasted  woolen uniforms despite the warm October weather, with military shakos and caps.  The spirit squad marched in blue skirts and white blouses, ready to sit together in the rooting section, where white shirts or blouses were required dress.

The football team rode in cars.  Because it was Game Day, they wore shirts, ties,  sports jackets, and dress shoes – not suitable for walking even the few blocks along Main Street.

I remember working on the spirit squad float – a giant cube covered with tissue paper flowers spelling out rally slogans in the school colors. 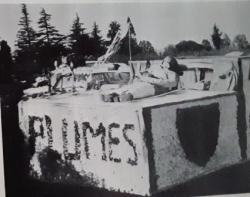 The 2018 version of Homecoming Parade was not the same as what I remembered.  There was a lot more diversity in the shapes and colors of the homecoming court.  Some of the sports and most of the clubs were new to me. There was a lot less formality in dress. But bystanders and participants were all smiling.  Despite the many changes  over the years, I feel that our community character has been preserved. 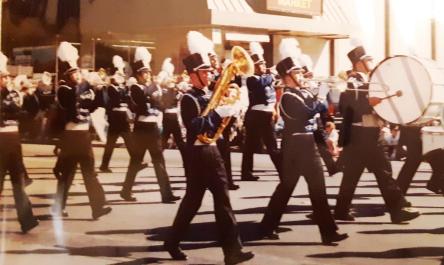 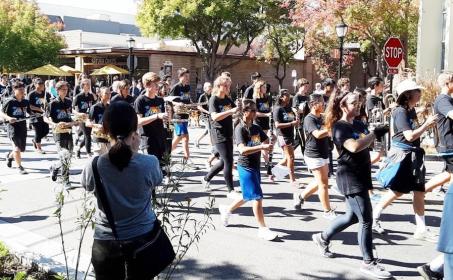