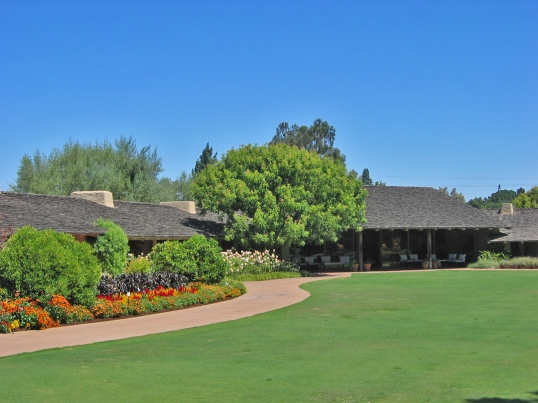 The orchards are gone. The single-story ranch house is seen as a waste of valuable land and air space. An eight-lane freeway thunders past the bridle paths in Los Altos Hills. But nothing has signaled the death of surburbia more definitely than the announcement last month that Sunset, the “Magazine of Western Living” is abandoning its spacious, rambling, garden-focused headquarters in Menlo Park and relocating to an urban shopping/restaurant hub in Oakland.

When my family moved to Los Altos in the late 50’s, we knew nothing about suburban life. My parents had been raised in a city, relocated to a smallish county seat in the mid-South, living in a succession of small homes. Then we found ourselves in Los Altos, on nearly an acre of land which included sixteen assorted fruit trees, three assorted nut trees, plus a grapevine and a mint patch, a separate outbuilding (part garage, part workshop, part toolshed) and a creek in the back.

Sunset became my parents’ bible. My father learned about composting, about roto-tilling, and about hulling walnuts and protecting almonds from squirrels, and about grilling steaks and salmon and trout on an outdoor grill. My mother learned how to dry apricots, can peaches, make plum jam, and put together a block party or a kid’s Christmas craft workshop. For years my parents saved every issue, just in case they needed a recipe for fig chutney or how-to instructions for making a picnic table or a lawn chair. I even appeared in a sidebar about making party banners, back before you could buy banners for every occasion in the hardware store. 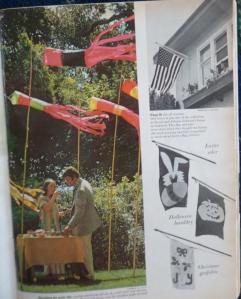 Of course, when I brought my young family back to Los Altos in the 80’s, we immediately subscribed to Sunset. I noticed a change. There were fewer articles about how to make things, and more articles about where to buy things. The recipes used more exotic ingredients like fenugreek and sumac and grapeseed oil, and less of the things you might grow in your own yard. A wine section had been added. The travel section listed more resort hotels and fewer family camping spots.

According to the announcement of Sunset’s move to Oakland (San Jose Mercury News, June 3, 2015) “the new headquarters… underscores the shift in western lifestyles in recent years…. Rooted for decades in suburbia and the suburban lifestyle…, the magazine now is following the trend of young tech workers, empty nesters and others who increasingly seek larger cities for their homes.” Per Sunset editor-in-chief Peggy Northrop “ we are joining the trend that our readers have started.” 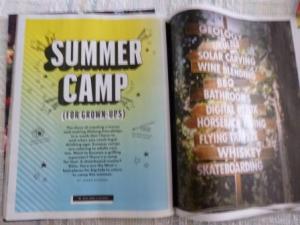 I didn’t go to the last Sunset Celebration, the annual food/wine/garden/home décor party that has been hosted for decades at the Menlo Park headquarters. I didn’t want to say good-bye to the showcase gardens, which had been one of the places we always used to take out-of-state visitors to convince them that we really were living in Paradise. The property “is deemed to be a prime spot for development of first-class office buildings.”

I wonder if they will install a tombstone, or at least a memorial plaque: “Suburbia – born in the Valley of Heart’s Delight, 1950; died in Silicon Valley, 2015. And so goes the dream. ” 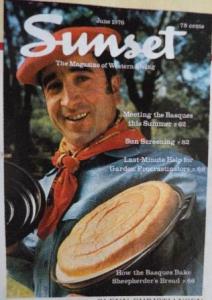