Freeway-Free in California: Exploring the Castle on the Empty Coast (Day 2)

We had perfectly an ordinary breakfast at Cambria’s Creekside Garden Diner,  which we would probably have liked a lot better if it had been warmer and we had eaten on their attractive creekside patio. There are two breakfast/lunch places in the same Redwood Square shopping center, both  recommended by a local as the best options for breakfast – next time we will try the other one. No complaints about the French toast with strawberries I had – but it was ordinary, as was the hole-in-the-wall decor.

Then, for a complete contrast, we headed up the coast for the Grand Rooms Tour of Hearst Castle at San Simeon.  We had last visited the Castle several decades ago.  Things have changed.  There is now an elaborate Visitor’s Center with a movie theater and a number of exhibits relating to Hearst’s parents, the Hearst fortune, Hearst’s travels, and more. 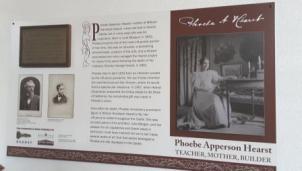 Previously we  had been able to drive up close to the castle;  now there is a large parking lot near the Visitor’s Center and a shuttle bus which follows a loop driveway through the estate, with a recorded commentary on Hearst’s wildlife collection, riding trails, and so on. We had perfect weather to enjoy the spectacular views  of ocean and mountains from inside the bus and from the patios surrounding the castle. 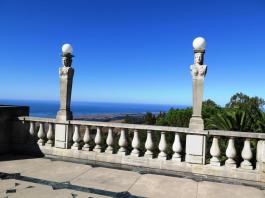 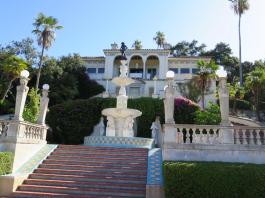 At the steps of the castle we met our excellent guide.  We were asked to imagine ourselves as guests just arriving on the front patio of the Castle.  Our host might or might not be there to greet us. Meanwhile we  marveled at the fountains and statues which surrounded the entry, and the famous Roman swimming pool. 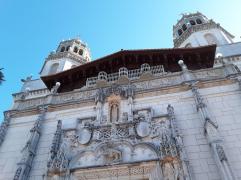 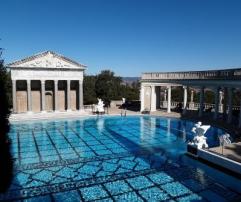 Inside, we saw the tapestry-clad reception room, the expansive dining room with its regal beamed ceilings and proletarian catsup bottles on the table.

The whole place is like a combination of Versailles and San Jose’s Winchester Mystery House. Hearst was constantly acquiring antiquities, constantly planning more building. Only the collapse of his publishing fortune during the Depression halted the expansion of his plans. Some of the items he purchased were never used;  some, like the room bought from Gwydir Castle in Wales in a bankruptcy sale,  (see my earlier article “Freeway- Free in Wales”) have even been lost.

Some of the acquisitions were puzzling – what was the meaning of the Arabic writing in mosaic tile positioned over the player piano in the alcove off the billiard room? The guide was too far away to ask, so this remans a mystery.

Questions had to be asked fast, as the tours are carefully timed – a group could be spied leaving each of the rooms just as we entered, and after  the final room (the spectacular indoor swimming pool)  we had an option of getting on a bus to descend the hill or wandering a bit more about the grounds.  I’d like to go back for a second tour, to see the bedrooms (42)  and bathrooms (61)where the guests could stay and relax. But that’s the secret of a great host, to keep you wanting to come back. 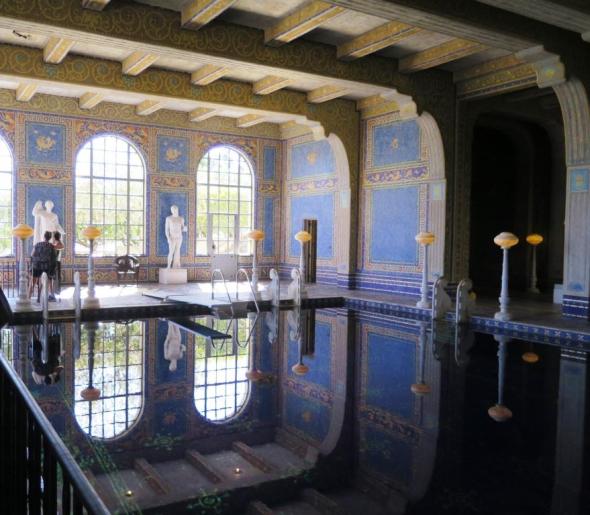 One thought on “Freeway-Free in California: Exploring the Castle on the Empty Coast (Day 2)”